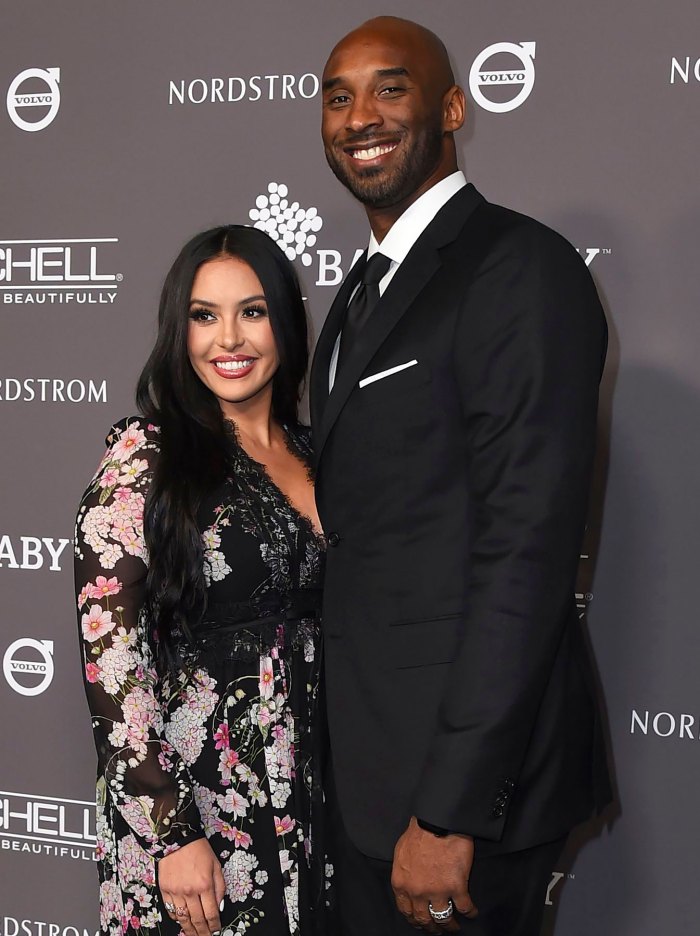 The end of an era. Vanessa Bryant and Kobe’s estate have decided not to renew the late Lakers player’s contract with Nike, which first started in 2003.

On Monday, April 19, Vanessa posted a statement to her Instagram Stories, assuring fans that while the contract expired on April 13, fans and basketball players can still expect Kobe’s iconic shoes to be made available.

“Kobe’s Nike contract expired on 4/13/21. Kobe and Nike have made some of the most beautiful basketball shoes of all time, worn and adored by fans and athletes in all sports across the globe. It seems fitting that more NBA players wear my husband’s product than any signature shoe,” the 38-year-old widow wrote in her statement. 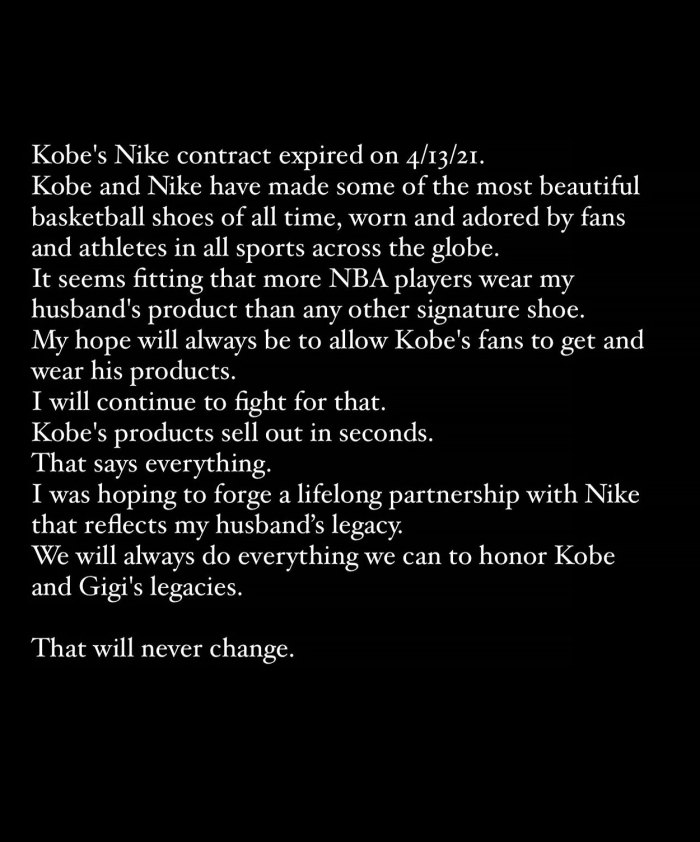 She continued: “My hope will always be to allow Kobe’s fans to get and wear his products. I will continue to fight for that. Kobe’s products sell out in seconds. That says everything. I was hoping to forge a lifelong partnership with Nike that reflects my husband’s legacy. We will always do everything we can to honor Kobe and Gigi’s legacies. That will never change.”

Kobe Bryant and Vanessa Bryant: A Timeline of Their Relationship Read article

While the 18-year partnership between the late sports icon and Nike has come to a close, the brand said in a statement to ESPN that his legacy remains.

“Kobe Bryant was an important part of Nike’s deep connection to consumers. He pushed us and made everyone around him better. Though our contractual relationship has ended, he remains a deeply loved member of the Nike family.”

Prior to the end of the partnership, Kobe and Nike teamed up to create a variety of sneakers with the basketball player, including the Zoom Huarache 2K4 and the Hyperdunk. After Kobe played his last game for the NBA in 2016, he continued to release shoes for the brand.

Following Kobe’s death in January 2020, the brand brought back old models of his sneakers, which frequently sold out.

Fans and basketball players aren’t the only ones with a love for Kobe sneakers — his family is too. In March 2021, Vanessa surprised her daughter Natalia with a custom made pair of Nike sneakers to celebrate her acceptance to USC.

The shoes, which are in the school’s red and yellow colors, feature the signature Kobe Bryant Black Mamba logo on the tongue of the shoe and have Kobe’s handwritten signature just above the sole. They also have the USC symbol etched on the back.