Trishelle Hasn’t Spoken to Katie Since ‘The Challenge: All Stars’

Warning: This story contains spoilers from the Thursday, April 8, episode of The Challenge: All Stars.

Everyone changes! That’s the case with longtime friends Trishelle Cannatella and Katie Cooley, who joined The Challenge: All Stars together as allies — and left on completely different pages.

“We have not spoken,” Cannatella, 41, said on the “Watch With Us: Challenge Edition” podcast following her Thursday, April 8, elimination from All Stars. After the women, who were in each other’s weddings years ago, had a falling out during the episode, Cooley, 41, said during her confessional that they had simply grown apart — something the Louisiana native agreed with.

‘Challenge: All Stars’ Cast Through the Years — Then and Now Photos Read article

“I think that we did outgrow each other. Katie has changed a lot in great ways. She’s a mom, she’s a wife and she just lives such a different life. I don’t want to say I’m, like, still as crazy as I was on my first show [in 2001], but, like, my husband and I kind of feel like we’re in our early ‘30s instead of our early ‘40s. We travel, we have fun, and we don’t have kids yet,” the Real World: Las Vegas alum told Us. “Katie and I are in two different places. If I invite her to New Orleans, I’m going to be, like, ‘Let’s go here and there,’ and ‘Let’s go party!’ If she invites me there, it’s going to be, like, I don’t know, maybe I’ll go to a soccer game.” 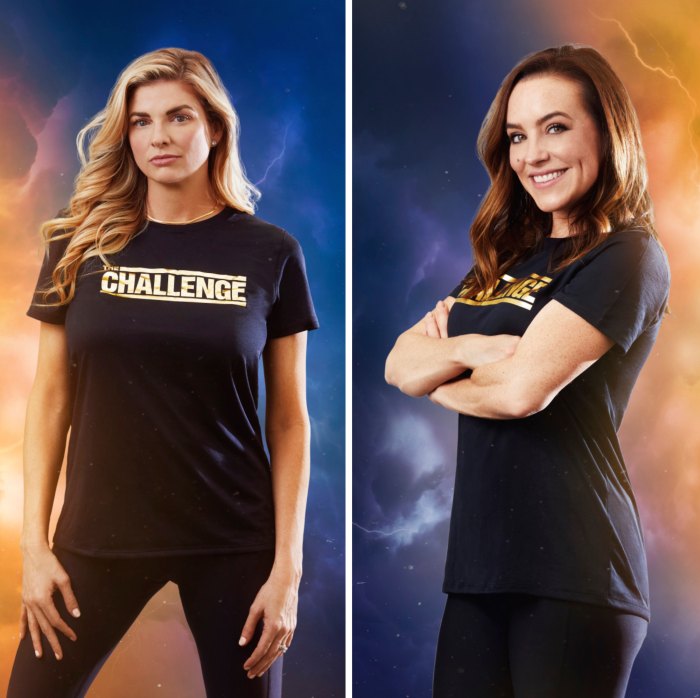 That said, the Battle of the Seasons alum has no ill-will toward Cooley. “We’re just different, but I think that both of us are happy where we are. It doesn’t mean we can’t be friends. We’re just not going to be like as close as we used to be,” she said. “I will always love Katie. I don’t hate Katie, like, that will never happen, ever. So yeah, it just sucks. That whole situation was pretty crappy.”

As for what it was that pushed her to a screaming match with Cooley while in the All Stars house, there were multiple components.

“I was spiraling before I got into the house just because I was so nervous. When I saw everyone, I was like, ‘Oh, I thought that people were going to be a little bit less physically fit.’ I was like, ‘Where are the people like me?’” the former Battle of the Network Reality Stars host told Us, before noting that she was feeling vulnerable and insecure before the elimination and felt hurt that Cooley didn’t come and tell her who her opponent was. “I’m a ride or die friend, like, I have your back. That’s it, end of story. I thought the same from her, and I felt like I wasn’t getting that back, which was very hurtful, especially because I’m in this situation where I kind of felt out of my element and I needed something from back home.” 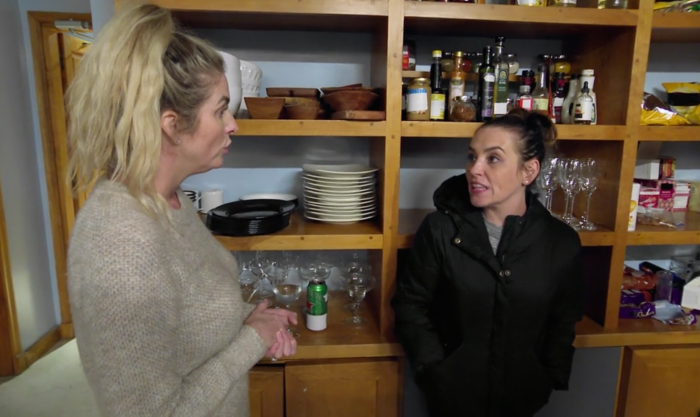 When Derrick Kosinski came into her room to deliver the news instead, Cannatella told Us she just “wanted to cry right then and there,” mostly because of the anxiety leading up to an elimination.

“It doesn’t feel good when you’re going into elimination,” she explained. “Even though people didn’t vote me in, even though I did it to myself, you still feel bad about yourself and insecure and you still feel like everyone hates you, no matter what it is.”

‘The Challenge’ Greats: Where Are They Now? Read article

For more from Cannatella — including who she wanted to go against in the elimination round and why she’d never appear on a normal Challenge season again — listen to the “Watch With Us” podcast above. Subscribe for free for more exclusive TV news and interviews.

New episodes of The Challenge: All Stars are released on Paramount+ every Thursday.

Read More: Trishelle Hasn’t Spoken to Katie Since ‘The Challenge: All Stars’

Kristin Cavallari Is Making Herself a 'Priority' Amid 'Transitional Phase'
So Chic! How to Recreate Whitney Port’s Turtleneck Sweater Vest Look