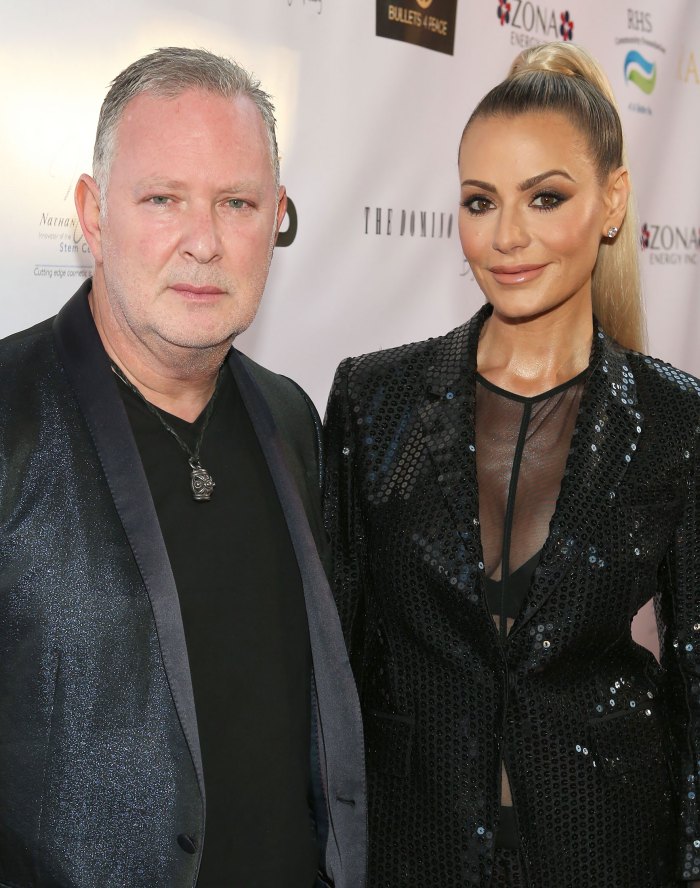 PK Kemsley is quite the jokester! The 53-year-old businessman poked some fun at wife Dorit when he didn’t have any clean pajamas to snuggle into on Sunday evening.

So rather than doing a load or throwing on an old t-shirt, the star decided to get into a rather unusual getup. His loungewear of choice? A leather vest! Cozy, right?

Dorit, the fashion icon that she is, took to Instagram Stories to show off her hubby’s wardrobe debacle, hysterically laughing all the while. “How @Paul_Kemsley_PK shows me that he doesn’t have any clean pajamas to wear to bed,” the Real Housewives of Beverly Hills star captioned her Instagram Story, which featured her hubby hiding under the covers.

Granted, PK was a bit shy to show off his fabulous fit, saying that “sometimes things are just for us.”

But after a little coaxing from his wife, he whips down the white duvet to debut his very out-of-the-box pajama look complete with a fancy vest, tie and baseball cap. 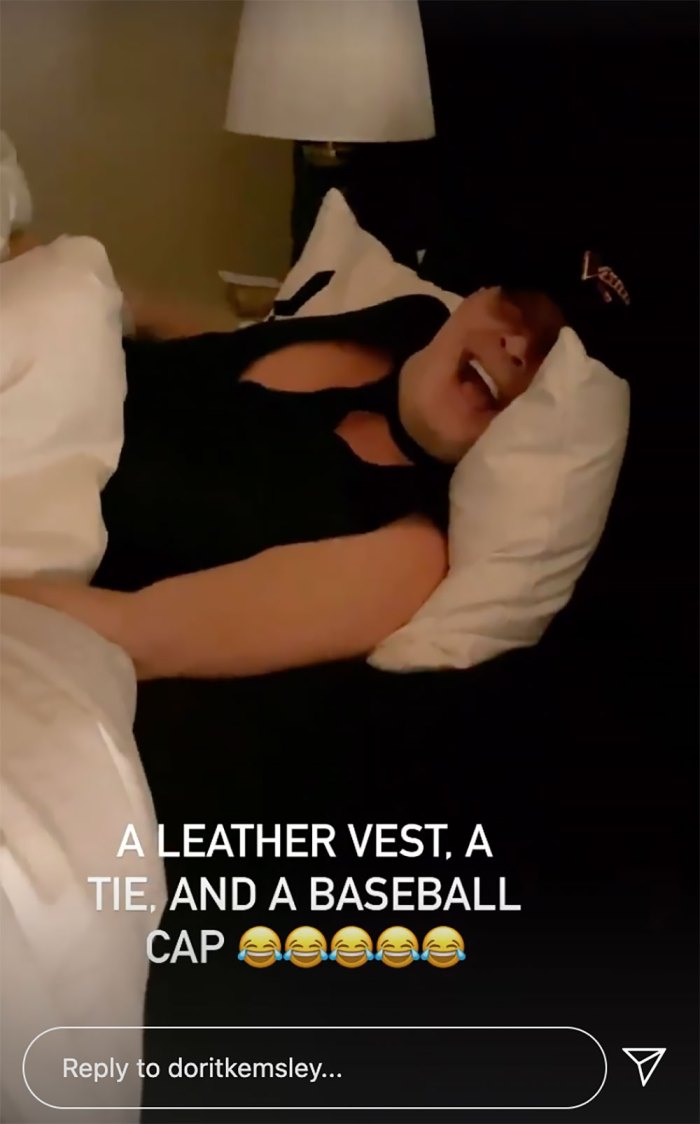 “Oh my god, I can’t handle it,” the Beverly Beach founder manages to get out between chuckles, pleading for one more little peak at her PK’s getup.

Jokes aside, Dorit was very thankful for her husbands itty-bitty prank. She captioned one of her Instagram Stories, “I just love you PK and all of the effort you put into making us both laugh so hard.”

While their marriage is filled with lots of love — and laughter — don’t expect to see the couple, who share children Jagger, 7, and Phoenix, 5, walking down the aisle to renew their vows any time soon.

“The one thing I will never do again is get married,” Dorit told Us Weekly in an exclusive interview while promoting her Nektaria bridal line. “I might wear the wedding gown, you know, somewhere in my own closet, but I’d like to stay married to PK for the rest of my life.”

Part of the reason the duo doesn’t want a vow renewal is because of the so-called Housewives curse. Since the franchise began in 2006, 37 couples have filed for divorce.

“Clearly now that I’m doing wedding dresses, it makes sense. And it’d be fun just to have, like, a big party. There’s that school of though that, you know, if it’s not broken, don’t fix it.”

If the reality star ever changes her mind about walking down the aisle, she has a closet full of wedding dresses at her disposal thanks to her new collaboration with Nektaria. It’s her first capsule collection withe the brand.