Ronda Rousey’s new role! Us Weekly confirmed on Wednesday, April 21, that the WWE star is pregnant with her and husband Travis Browne’s first child.

“Baddest baby on the planet, coming to you soon,” the professional wrestler, 34, captioned her YouTube footage. “September 22.” 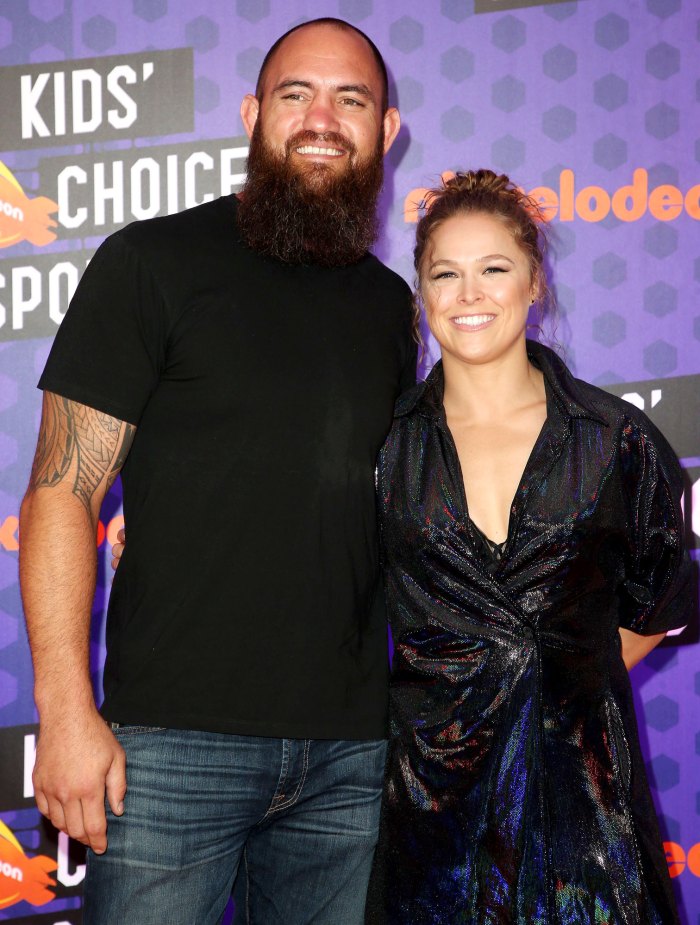 In the since-deleted video, the California native showed off her baby bump progress and shared footage from an ultrasound appointment.

Browne, 38, teased the video on his Instagram account, writing, “@rondarousey and I have an announcement, an exciting announcement. THE ANNOUNCEMENT!! Super excited!!”

The couple tied the knot in August 2017 in Hawaii, exclusively telling Us two years later that they wanted to start a family.

That same month, she and the mixed martial artist wrote via Instagram that they were trying to conceive while on a trip. “#impregnationvacation,” Rousey captioned a PDA picture at the time.

The social media upload came three months after the My Fight Your Fight author told ESPY that she “would definitely want to start a family,” adding, “But how do you go about doing that? I love this way more than I thought that I would. So do you just keep going until you just happen to get pregnant? Or should you stop and go try and get pregnant? Or is going and trying to get pregnant putting yourself on the spot and then you’re less likely to get pregnant?”

The 9-1-1 alum joked that it would be “kind of cool” if her pregnancy was a “surprise twist” to her fans. “There’s a lot of things up in the air,” she said in January 2019. “A lot of decisions that we’ve gotta make as a family. I’m trying to figure it out as I go along.”

The actress’ contract with WWE expired earlier this month, and WWE President & Chief Revenue Officer Nick Khan said Rousey would be “coming back at a certain point in time.” He didn’t specify when, only saying that her return was in “the not too distant future.”

Jenny McCarthy Reveals What Made Her Push for Therapy With Donnie Wahlberg
The Next Generation! See 'Vanderpump Rules' Stars' Babies