Happy for Henry Golding! The actor’s wife, Liv Lo, gave birth to their first child, he announced on Monday, April 5.

“This woman right here. Beyond anything I could have ever imagined,” Golding wrote alongside a photo from the hospital via Instagram. “Your strength brought us our greatest joy. Thank you, I love you ♥️.”

The Crazy Rich Asians star, 34, announced in November 2020 that the yoga instructor, 35, was pregnant. “2021 is already looking brighter,” Golding gushed via Instagram at the time. 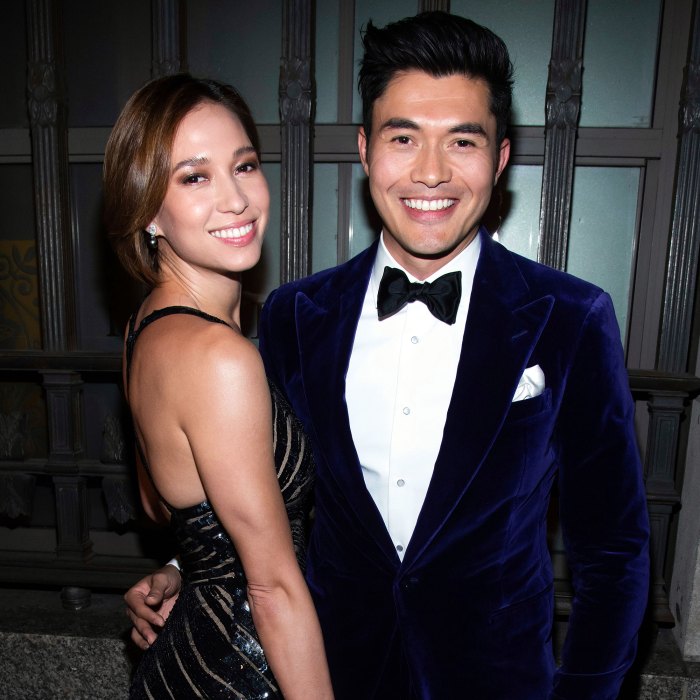 Lo shared the same photo of her baby bump in a blue dress at the time, writing, “Such immense joy this little one has brought us already. Now we get to share it with you. We love you.” She added that she “couldn’t hide” her boobs “anymore.”

The Malaysia native shared a nude photo the following day, showing her “kicker” moving around, as well as an ultrasound shot. “Boy or girl?” she asked her Instagram followers.

Lo continued to document her budding belly’s progress on social media over the course of her pregnancy, writing about her body’s “physical changes” in February.

“[That] coupled with hormones in pregnancy certainly present challenges, but I look forward to rewarding myself with self-care rituals to bring in more love and acceptance especially during this Valentines season,” she captioned a maternity shoot photo.

The Taiwan native’s pregnancy news came four years after the couple tied the knot. They met at a New Year’s Eve party in 2011 and got engaged in 2015.

The Last Christmas star has lived in Malaysia and London and moved to Los Angeles last year. “It’s been a difficult year, but we are grateful for the time it’s given us,” Lo wrote via Instagram in September 2020. “Never in my wildest dreams did I think we’d be able to spend every day together and in the midst of it move to LA. Celebrating the little wins in life like settling into our dream home.”

That same month, Golding told Metro that he considers home to be “where [his] wife is.” The former Travel Show presenter explained, “Growing up within a mixed heritage family I never felt at home anywhere that was labelled as my ‘home.’ In the U.K. I wasn’t British enough, in Asia I wasn’t Asian enough.”

The A Simple Favor star previously worked as a hairstylist and cut Lo’s hair while quarantining amid the coronavirus pandemic. “It was a drastic haircut just because she was being driven wild,” he told the outlet. “But as soon as nail bars and hairdressers opened again, she got herself a proper haircut. I am rusty to say the least.”