A pre-Paradise romance is certainly brewing between Bennett Jordan and Kelley Flanagan.

“I’ve been pretty upfront and honest and intentional with my interest and it is with one lady … her name is Kelley Flanagan. Certainly quite interested in Kelley,” the 36-year-old Bachelorette season 16 contestant said on the “Almost Famous” podcast on Tuesday, April 20. “She’s a very, very smart girl. She’s well-spoken. I think our journeys and the way it played out on the TV are quite similar. That was something that she identified with me very early on. … I don’t want to put her on blast or anything, but I think there’s a lot of good, similar overlap.”

While Jordan appeared on Clare Crawley/Tayshia Adams’ season of The Bachelorette in 2020, Flanagan, 29, dated Peter Weber for 10 months after finishing in fifth place on his season last year. The twosome split for good in February. 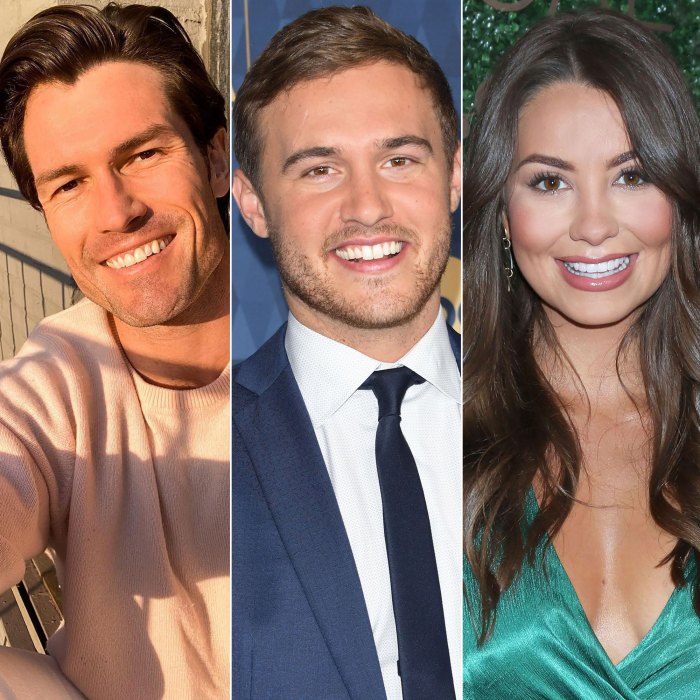 “I actually met Peter and after the second or third tequila shot, I just threw it out there and said, ‘I’d like to address the elephant in the room. Is it awkward that I have interest in flirting with your ex?’” Jordan told Ben Higgins and Ashley Iaconetti. “We talked about it. He said that’s not the case at all, she’s someone that [he] really cares about and always will, but, I mean, he technically gave his blessing and said, ‘By all means, seems like you’re a great guy, I really appreciate you asking.’ … It was a really nice conversation.”

‘Bachelor in Paradise’ Couples Who Are Still Together Read article

Jordan added that Flanagan is “kind of seeing someone” in Florida, but it’s not serious as she plans to move to New York City.

“I’ve never been on a date with her … yet,” he said, noting that the pair first got in touch via Instagram — and he got her approval to post his flirty “Fantasy” video last month. “She said she appreciated the boldness.”

Jordan, who noted that he’s still in the “approval process” for Bachelor in Paradise, was also spotted out with Matt James’ former contestant Kit Keenan in recent weeks, but he shut down romance rumors.

“We’re so far apart in age … 21 and I’m almost 37 here at the end of June. I think age isn’t certainly everything,” he told Higgins and Iaconetti. “[But] the next couple of years I’m really looking forward to hopefully getting to work on some kids, and I don’t think Kit is really there yet in that regard. While I do think she’s very mature and wise beyond her years, I don’t think that’s a reasonable age gap for us to enter in at this point in our lives.”

Flanagan, for her part, told Kaitlyn Bristowe in March that she was talking to someone outside of Bachelor Nation.

Former ‘Bachelor’ and ‘Bachelorette’ Leads: Where Are They Now? Read article

“It literally makes me feel so great, and I was like, ‘Thank God you don’t know this show that I’m on, you don’t even have the app.’ He’s like, ‘I’m not a weirdo, I have Instagram, I just don’t have the app because I could, like, be reading emails, or I could essentially be, like, reading news,’” she said on the “Off the Vine” podcast. “And I was like, ‘Man you’re such a nerd, I love that.’”

Still, the lawyer plans to relocate to the East Coast at some point. Weber, meanwhile, moved to the Big Apple in late 2020.

“We don’t talk, but if we do [run into each other], I’ll be OK with it. You know, I would love to see her,” the 29-year-old pilot dished on Us Weekly‘s “Here for the Right Reasons” podcast earlier this month. “It might be a little weird, obviously. … [But] I honestly would love to have a friendship with Kelley if that’s ever possible, you know, if she does come to the city, that would be, in my opinion, the best-case scenario.”

He added that he “learned so much” from his romance with Flanagan.

“I am so, so grateful to have been able to date her. It’s just, I think, one of those things that, you know, not every relationship is gonna last,” Weber told Us. “We dated for, like, 10 months, and I’ll always look back on those 10 months with such fondness, but I think we just got to a point where, obviously, we had some differences and whatnot. And that’s OK. It wasn’t anything crazy.”